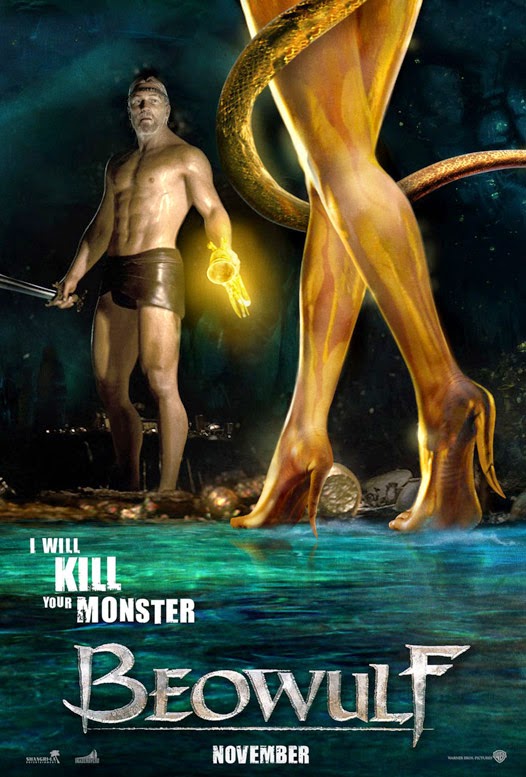 Directed by Robert Zemeckis, Beowulf (2007) gave the Motion Capture process treatment to the Classic Old English Epic Poem, full of battle and temptation. In the film, Zemeckis utilized and perfected the animation tools and techniques he had developed in The Polar Express (2004). Not really animation, not really live-action, Motion Capture is an entity all it's own... and time will tell if it truly catches on. Beowulf, however, is undeniably beautiful to watch. Set in the 6th Century A.D., history meets legend in a world of heroes and monsters. The ancient sets and characters look great, true to period, and the actors all do admirable jobs. Angelina Jolie steals the show in a sultry role as Grendel's mother, albeit in golden animated form. The rest of the cast is spot-on as well, including Ray Winstone as Beowulf, Anthony Hopkins as Hrothgar, John Malkovich, Brendan Gleeson, Robin Wright, Alison Lohman and Crispin Glover as Grendel.