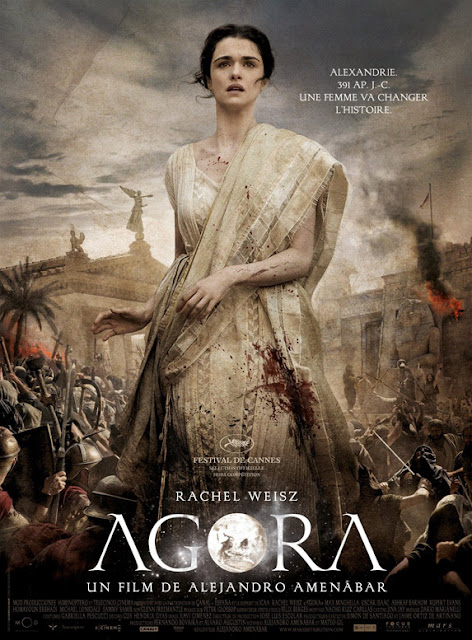 Written and directed by Alejandro Amenabar, Agora (2009) transports the viewer back to tumultuous 4th Century Roman Egypt. The city of Alexandria, home to the wondrous ancient library and lighthouse, is split in a religious war between the pagans and the newly organized Christians. Amidst the chaos, female philosopher Hypatia strives to pinpoint the earth's position in the universe. The plot is "historical fiction", so any discrepancies are forgivable. The sets and costume design are spectacular, with great attention given to historical detail. Brutal violence mixes with religious fervor in an unnerving series of fighting scenes. The destruction of ancient artwork and the burning of papyrus scrolls taken from Alexander the Great's library are hard to watch, fiction or not. Rachel Weisz is great as Hypatia. The supporting cast does a fine job as well, including Max Minghella and Oscar Isaac.