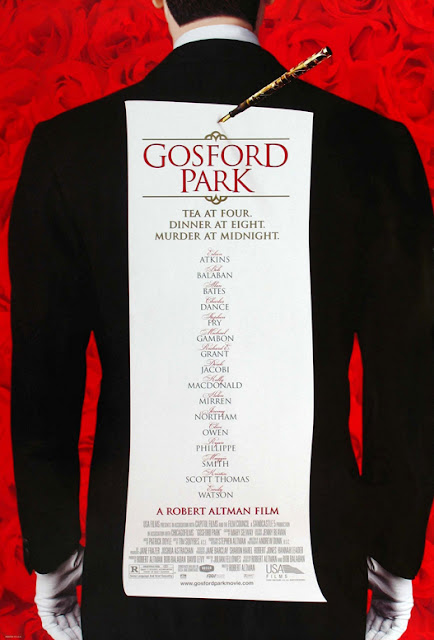 Directed by Robert Altman, and written by Julian Fellowes, Gosford Park (2001) was based on an idea Altman shared with co-producer Bob Balaban. Set in 1932, the Agatha Christie style murder-mystery centers on a group of British nobles convening for a weekend trip to the country estate of Gosford Park… where pheasant hunting and afternoon tea begets to the host being found murdered in the evening. The film is also a study of the class system in Britain, with a juxtaposition of the servant/master relations. The 18th Century estates of Wrotham Park and Syon House were used as sets for the fictional Gosford Park, adding elegance and art-filled splendor to the sense of historical accuracy. The ensemble cast is wonderful all-around, including Michael Gambon, Kristin Scott Thomas, Emily Watson, Clive Owen, Ryan Phillippe, Charles Dance, Bob Balaban, Richard E. Grant, Derek Jacobi, Maggie Smith and Helen Mirren.