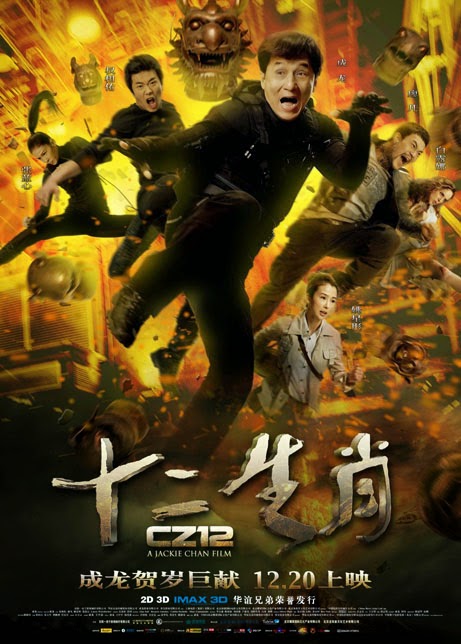 Written, produced, directed by and starring Jackie Chan, CZ12 or Chinese Zodiac (2012) is full of kung-fu action, comedy and intrigue. The problem of antiquities smuggling seems to be something meaningful to Chan, as several of his films deal with the subject. The story concerns a relic hunter and art thief, skilled in ninja-precision heists, who seeks 12 immensely valuable bronze heads of Chinese zodiac animals that were stolen from the Old Summer Palace in the 19th Century. A fast-paced treasure quest ensues. The fight scenes in which Chan uses art objects and equipment as weapons (tripods, ornate gilded frames, etc.) can be a bit hair-raising. The locales, karate and art theft scenes mix well with CGI effects culminating in an epic climax involving a volcano skydive. Jackie Chan is great in the lead role. The supporting cast is good as well, including Kwon Sang-woo, Liao Fan, Helen Yao, Zhang Lanxin and Laura Weissbecker.