"Zealot: The Life and Times of Jesus of Nazareth" by Reza Aslan 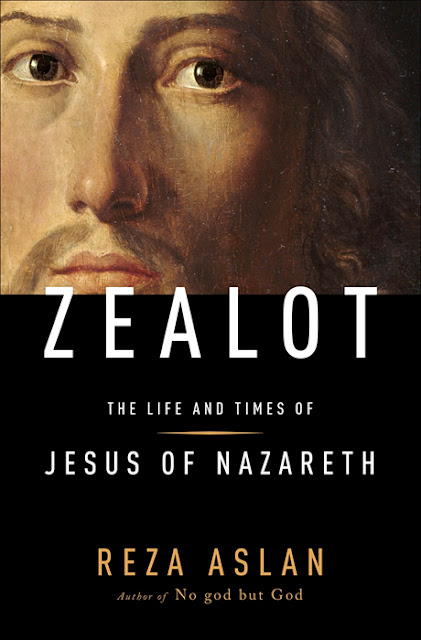 Zealot
The Life and Times of Jesus of Nazareth
by Reza Aslan
Random House, 2013
Notes by Travis Simpkins

The subject matter of Zealot: The Life and Times of Jesus of Nazareth by Reza Aslan might stir an understandable sense of apprehension in some readers, but the content isn't nearly as controversial as one might expect. All in all, the book is a respectful portrait of Jesus as a man, reflecting both his humanity and the real-world atmosphere in which his ministry and message were exemplified. Approached with a historian's eye for detail, the text just follows the factual evidence in forming conclusions… none of which are overly offensive. Aslan acknowledges the different aims between modern study and the nature of Biblical texts, saying "The notion of history as a critical analysis of observable and verifiable events in the past is a product of the modern age; it would have been an altogether foreign concept to the gospel writers for whom history was not a matter of uncovering facts, but of revealing truths."

The scholarly aim of Reza Aslan's text is nicely bookended in these quotes:

- This book is an attempt to reclaim, as much as possible, the Jesus of history, the Jesus before Christianity: the politically conscious Jewish revolutionary who, two thousand years ago, walked across the Galilean countryside, gathering followers for a messianic movement with the goal of establishing the Kingdom of God but whose mission failed when, after a provocative entry into Jerusalem and a brazen attack on the Temple, he was arrested and executed by Rome for the crime of sedition. It is also about how, in the aftermath of Jesus's failure to establish God's reign on earth, his followers reinterpreted not only Jesus's mission and identity, but also the very nature and definition of the Jewish messiah.

- Two thousand years later, the Christ of Paul's creation has utterly subsumed the Jesus of history. The memory of the revolutionary zealot who walked across Galilee gathering an army of disciples with the goal of establishing the Kingdom of God on earth, the magnetic preacher who defied the authority of the Temple priesthood in Jerusalem, the radical Jewish nationalist who challenged the Roman occupation and lost, has been almost completely lost to history. That is a shame. Because the one thing any comprehensive study of the historical Jesus should hopefully reveal is that Jesus of Nazareth- Jesus the man- is every bit as compelling, charismatic, and praiseworthy as Jesus the Christ. He is, in short, someone worth believing in.