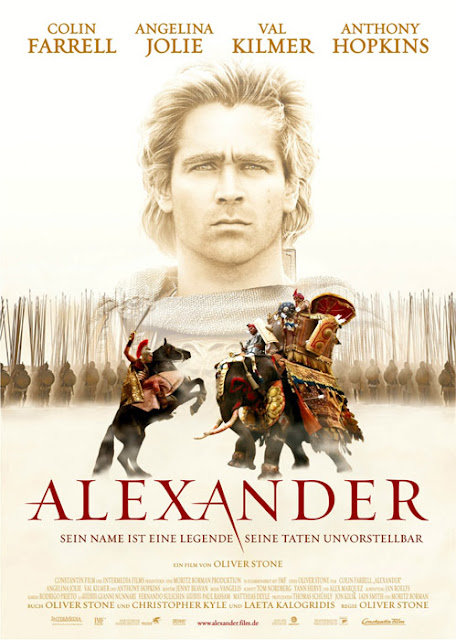 Co-written and directed by Oliver Stone, Alexander (2004) is a much better film than some would lead you to believe. Although the theatrical release was a bore and tanked at the box office, Oliver Stone made amends in his revisions, and subsequent cuts of the film are much more cohesive and entertaining. Epic in length and scale, the battle scenes and CGI work are amazing. Alexander the Great and his far-reaching ancient conquests are brought to life in style… battles, pillaging and all. The costumes and sets are well-designed, even down to the golden leaf crown worn by Philip of Macedonia that has caused so much provenance, restitution and looting debate in recent years. Angelina Jolie is ravishing as Queen Olympias. Rosario Dawson is sultry as Roxana. The rest of the cast is good as well, including Colin Farrell as Alexander the Great, Jared Leto, Val Kilmer, Anthony Hopkins, Christopher Plummer and Jonathan Rhys Meyers.


Posted by Travis Simpkins at 5:00 AM