"The Second Messiah" by Glenn Meade 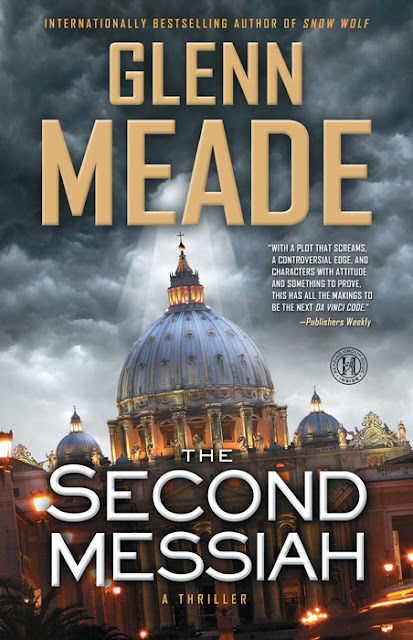 Fast-paced and hard to put down, The Second Messiah by Glenn Meade has all the checkmarks of a great Thriller. The story concerns archaeologist Jack Cane, who is thrown into a dangerous business when he discovers an ancient parchment at Qumran detailing the existence of two messiahs in the 1st Century A.D. This unsettling find, sure to cause problems for the Church, leads to the death of a professor and the theft of the parchment. Cane is forced on a desperate journey to reveal the truth which leads him from Jerusalem to Rome and back again. Vatican officials and the newly elected Pope mix with black market antiquities smugglers in a disturbing web of lies that stretches back into Cane's past and uncovers a tragic revelation. With wonderfully described settings that range from desert caves and an underground Roman necropolis to the glorious Sistine Chapel and a monastery in Syria, the action is enhanced by the intriguing locales. Well constructed characters and many surprises along the way make for entertaining reading throughout. The book makes for a quick read, contrary to what it's hefty 554 pages would suggest.