Assassin's Creed (2016): Knights Templar and the Apple of Eden 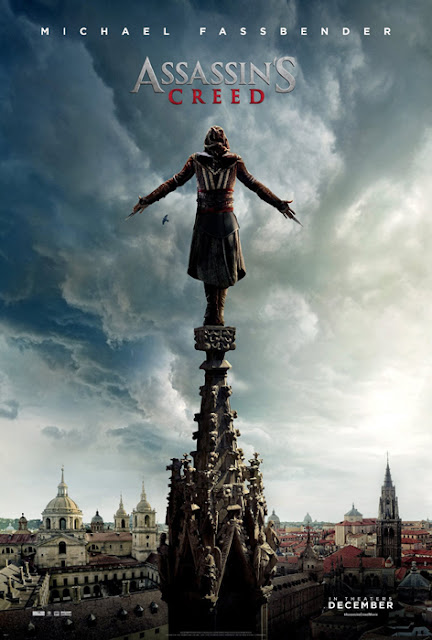 Directed by Justin Kurzel, based on the popular video game series, Assassin's Creed (2016) received negative critical reviews but nevertheless scored high at the box office. The plot expands on the mythology contained in the games, with the alternating plot taking place in 1492 during the Spanish Inquisition as well as the present day. The premise has an ancient band of Assassins protecting the mythical Apple of Eden, the source of free will, from the clutches of the Knights Templar. A contemporary sci-fi twist only adds to the far-fetched idea. The film is entertaining throughout despite the limited script, with great CGI action and effects. The cast does a good job with the material, including Michael Fassbender, Marion Cotillard, Brendan Gleeson, Charlotte Rampling and Jeremy Irons.

Posted by Travis Simpkins at 4:30 AM