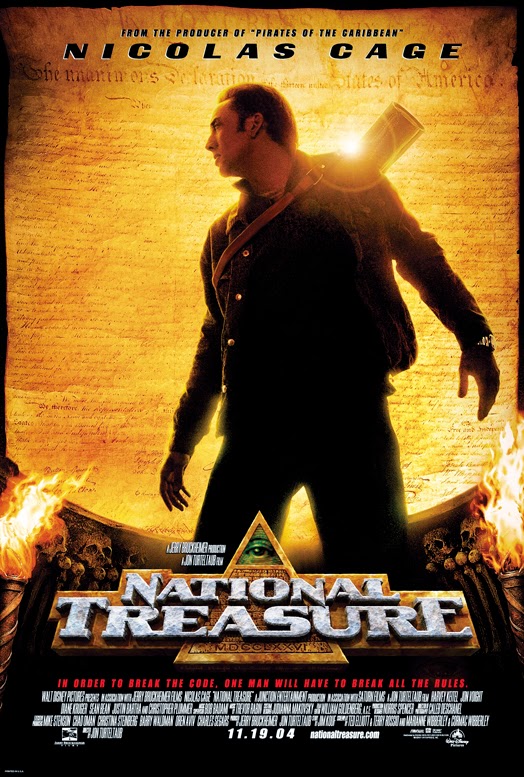 Directed by Jon Turteltaub, and produced by Walt Disney Pictures, National Treasure (2004) adds a family-friendly element to the museum heist and treasure hunt genres. The story centers on Benjamin Franklin Gates, a historian and cryptographer who is on a quest to find the world's most valuable treasure… collected over centuries by Secret Societies and the Knights Templar, and then taken to the US and hidden by the Freemasons in the 18th Century. Clues and Masonic Symbols lead Gates to the conclusion that the Founding Fathers made a secret treasure map on the back of the Declaration of Independence. Now, Gates must steal the document from the highly secure National Archives before the bad guys get it first. An implausible storyline doesn't hinder this fun tale… traveling from Washington D.C. to Philadelphia to New York and Boston. Full of adventure and history, the film is entertaining and a cut above the usual dull family fare. The cast does a good job, including Nicolas Cage, Diane Kruger, Harvey Keitel, Sean Bean, Christopher Plummer, Justin Bartha and Jon Voight.

Posted by Travis Simpkins at 5:00 AM