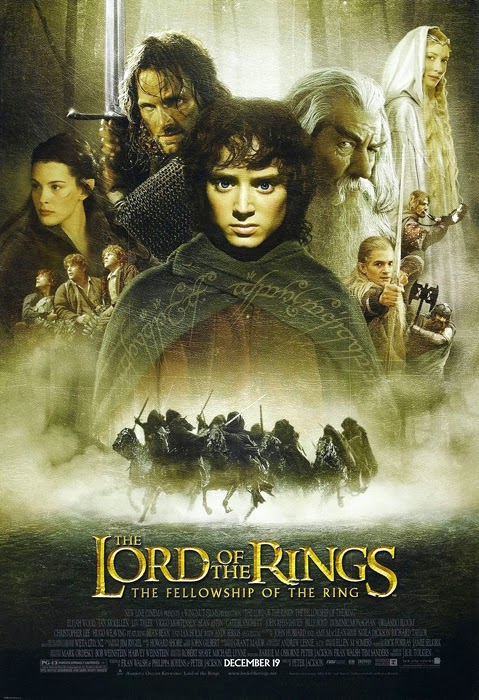 Directed by Peter Jackson, based on the novel by J.R.R. Tolkien, The Lord of the Rings: The Fellowship of the Ring (2001) was the first epic film in the ambitious and influential trilogy. The story, which picks up after the events in The Hobbit, follows the dangerous adventures of Frodo Baggins as he makes the long and arduous journey to destroy the cursed One Ring of the Dark Lord Sauron by tossing it into the fires of Mount Doom. Like the other films in the series, aesthetic and historic undertones make reference to medieval style… particularly in set design and arms & armor. Taken as a whole, the project was an impressive undertaking and a magnificent achievement. Elijah Wood stars as Frodo Baggins. Sean Astin is his friend, Samwise Gamgee. Ian McKellan is Gandalf the Grey. Viggo Mortensen is Aragorn. Liv Tyer is Arwen. The rest of the cast is great as well, including Cate Blanchett, Orlando Bloom, Christopher Lee, John Rhys-Davies, Sean Bean, Hugo Weaving and Ian Holm.