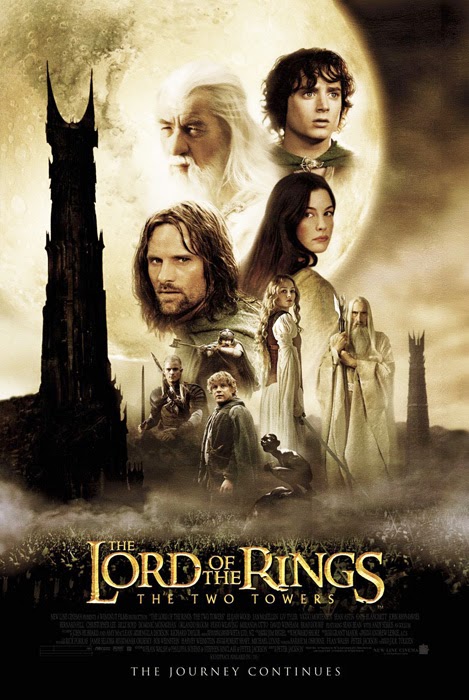 Directed by Peter Jackson, based on the novel by J.R.R. Tolkien, The Lord of the Rings: The Two Towers (2002) is the second installment in the trilogy of epic films that pick up where The Hobbit storyline leaves off. The film finds Frodo Baggins and his trusted friend, Samwise Gamgee, still journeying to Mordor to destroy the One Ring. Meanwhile… Aragorn, Legolas and Gandalf lead others to fight an army of Orcs at the Battle of Helm's Deep. The CGI special effects are brilliant, particularly those involving the Treebeard characters. As with the other films, an undercurrent of medieval style permeates the aesthetic look of the production, particularly with the arms and armor, adding a historical flare to a fantasy subject. The cast does a great job in reprising their roles, including Elijah Wood, Sean Astin, Viggo Mortensen, Liv Tyler, Ian McKellan, John Rhys-Davies, Orlando Bloom, Cate Blanchett, Bernard Hill and Christopher Lee.

"The Lord of the Rings: The Two Towers"

Posted by Travis Simpkins at 1:30 AM