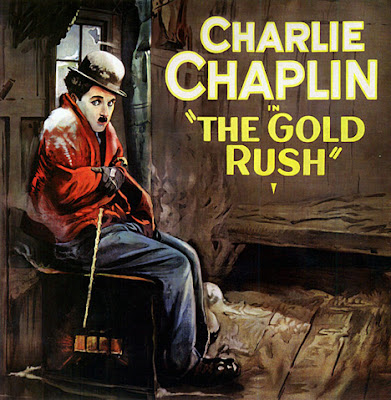 Of all the films that take place during Winter, perhaps none are as memorable or charming as The Gold Rush (1925), written, directed, scored and starring Charlie Chaplin. The film is a "classic" is every sense of the word.

Chaplin appears as his signature "Tramp" character. The film is packed with unforgettable moments.


Out to prospect gold in the Klondike, he traverses many obstacles, both environmental and personal.


His cabin is refuge for some unsavory characters.


Hunger is a problem, and in one scene he is forced to eat his shoe.


In characteristic Chaplin style, he yearns for the unobtainable woman.


In a charming fantasy sequence he delivers the legendary "roll dance".


Calamity is around every turn.


After more than 85 years, this beloved film is still known and appreciated worldwide. And another 85 years years from now, it is sure to still be a perennial classic.