"Freemasonry of the Ancient Egyptians" by Manly P. Hall 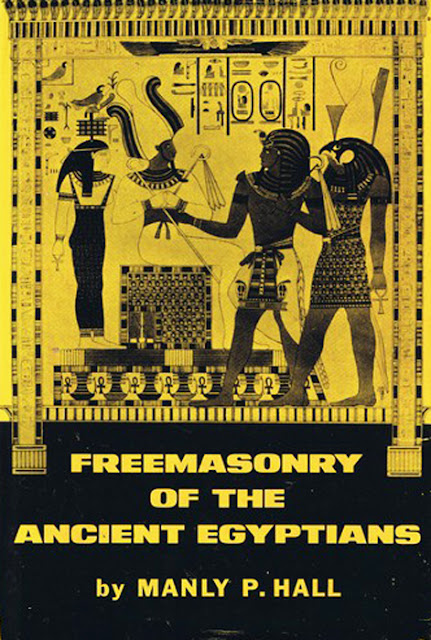 Establishing a direct connection between modern Freemasonry and the Ancient Mysteries of Egypt has long been a contentious subject amongst scholars and brethren. In his 1937 classic tome Freemasonry of the Ancient Egyptians, noted 20th Century philosopher and sage Manly P. Hall presents an admirable exultation of the Ancient knowledge that resided in Egyptian initiations, and which may still exist today in Masonry (though "veiled in allegory").  Hall proclaims that the "Egyptian temples were the repositories of the most sublime doctrines concerning the history of the gods and the regeneration of men" and that this valuable knowledge was handed down over vast periods of time. He further states that "the purpose of initiation is conventional attempt to realize man's place in the universe and in the divine scheme of things… the Egyptian Mystical System achieved this for the first time in an orderly and philosophical manner." This statement certainly rings true and familiar when considering the elements and goals of Masonic initiation.
Of particular focus is the Osirian Cycle and it's parallels with the 3rd Degree of Master Mason, comparing similarities between the death/resurrection of both Osiris and Hiram Abiff as well as the existence of the Lost Word. Hall profoundly elaborates, "Freemasonry as an institution is Isis, the mother of Mysteries, from whose dark womb the initiates are born in the mystery of the second or philosophic birth. Thus all adepts, by virtue of their participation in the rites, are figuratively, at least, the Sons of Isis. As Isis is the widow, seeking to restore her lord, and to avenge his cruel murder, it follows that all Master Masons or Master Builders, are widow's sons. They are the offspring of the institution widowed by the loss of the living Word, and theirs is the eternal quest- they discover by becoming."
Added as an appendix to the book is the full text of the Crata Repoa, a German initiation document dating from 1778, which is likely made up of fragments from many ancient authors. Also included is the play, the Initiation of Plato, which offers some intriguing insights into what becomes of one inducted into the sacred Ancient Mysteries.
By no means definitive, the book presents a majestic subject in an open-thinking forum and allows for creative interpretation from the reader. The short text, especially the section of "The Secret Doctrine in Egypt" is well worth the time spent reading it.