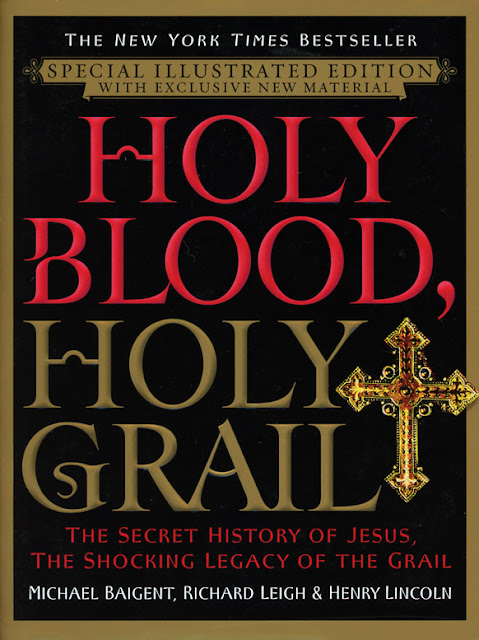 Holy Blood, Holy Grail by Michael Baigent, Richard Leigh and Henry Lincoln has stood up well over the past 35 years, remaining (for the most part) just as powerful now as when it was first released. Indeed, the book gained renewed interest a decade ago when Dan Brown used its controversial hypothesis as the anchor of the plot in his immensely popular bestseller, The Da Vinci Code.
The story began simply enough, with Henry Lincoln becoming interested in the mystery of Rennes-le-Chateau after reading an obscure paperback while on vacation in France. Interest grew to obsession and simple turned to complex. The tale of a small town priest discovering a secret so powerful that he immediately became the recipient of wealth and influence created a ripple effect in the authors' research… and led them to a somewhat shocking conclusion about the true nature of the Holy Grail.
The hypothesis, summed up, suggests that not only did Jesus not die on the cross but that he also sired a royal bloodline by way of his offspring with Mary Magdalene… a lineage that carried on through the Merovingian Dynasty of kings, lasted through the Crusades and Christ's descendants still exist amongst us in the present day. Presiding over the great 2,000-year-old secret, lurking in the shadows, is the organization known as the Priory of Sion. The secret was further protected by the Knights Templar and remains concealed within certain elements of Freemasonry. That's it in a nutshell, anyway… to reveal more would be a disservice to the book, which drops a cultural bombshell in the final four chapters.
Some points offered in the book are more convincing than others. The subject matter is bound to generate multi-sided and contrary views in regard to the plausibility of its theory. However, if taken at face value and approached with an open mind, the now-Classic text proves to be an enlightening and entertaining read from beginning to end.