"The Temple and The Lodge" by Michael Baigent and Richard Leigh 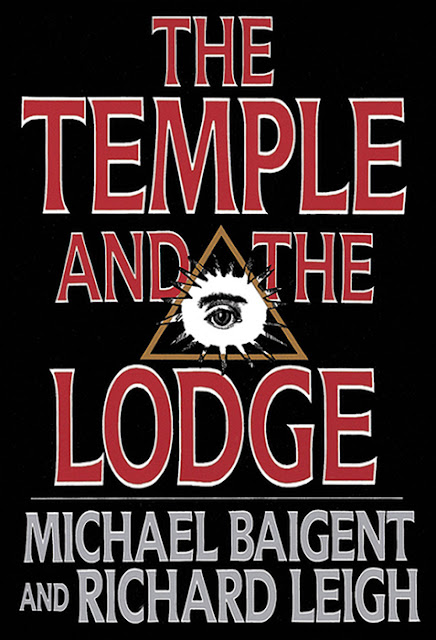 The Temple and The Lodge
by Michael Baigent and Richard Leigh
Arcade Publishing, 1989
Notes by Travis Simpkins

While their runaway hit bestseller Holy Blood, Holy Grail had only passing references to Freemasonry, Michael Baigent and Richard Leigh placed the Craft front and center in their follow-up tome, The Temple and The Lodge. The book sought to provide a clear link between the Knights Templar, the period after their suppression in the early 14th Century, and the public emergence of Freemasonry three hundred years later. It was a roundabout journey for the authors. It began with investigating Templar graves on a small island in Loch Awe in the Highlands of Argyll in Scotland and led to the town of Kilmartin, where upwards of 80 flat stones with Masonic symbols and plain stones incised with swords were dated to the years after the suppression. Much of their subsequent research stayed open-minded and paid close attention to myths and legends... recognizing that myths have often become an important, inseparable part of history.
Baigent and Leigh note that Templar philosophy and ritual "survived in part through the so-called 'higher degrees' offered by such institutions as Irish Grand Lodge. Most important, however, they survived within the Strict Observance promulgated by Hund- of which the highest degree was that of Knight Templar."
Some of their observations are far-fetched while others are spot-on, roughly in equal parts. There is an overemphasis on "Jacobite Freemasonry" and the dream of restoring the Stuarts to the British Throne and there are other lengthy stretches with dry prose and meandering subjects. The book is most effective and most entertaining when it tries to focus on the matter at hand… establishing a link between the Knights Templar and the Freemasons. In the end, the matter will always be a source of contention and debate. If approached with good intentions and an open mind, the book makes for an enjoyable 267 page sojourn.