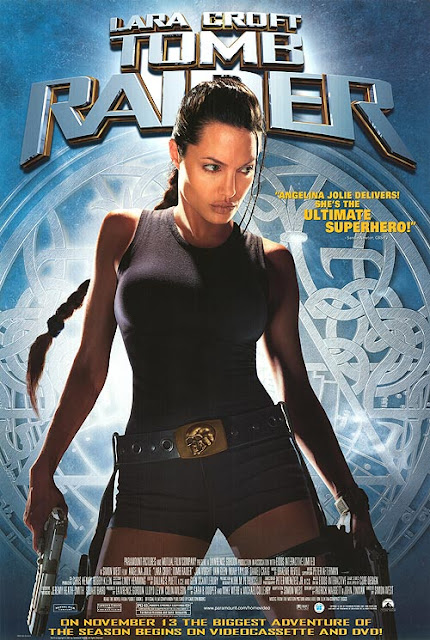 Directed by Simon West, based on the popular video game series, Lara Croft: Tomb Raider (2001) finds Angelina Jolie as a fantasy brought to life with stunning action and effects. The story concerns Lara Croft's quest to recover two pieces of an ancient triangle of light that can control time when placed together during planetary alignment. Masonic symbolism is prevalent, including the use of the All Seeing Eye, the Pyramid, the red cross of the Knights Templar, Light in the context of Freemasonry... and the casting of the Illuminati as the villainous secret society. Much like in the Indiana Jones series, archaeology and looting are popularized and glorified for mass market consumption… but with an entertaining and humorous edge. Angelina Jolie is beautiful and agile in her role, performing her own tough stunts. Daniel Craig appears in a supporting role. The rest of the cast is good as well, including Jolie's father, Jon Voight.


Posted by Travis Simpkins at 3:00 AM