"The Way of the Templar" by Timothy Hogan 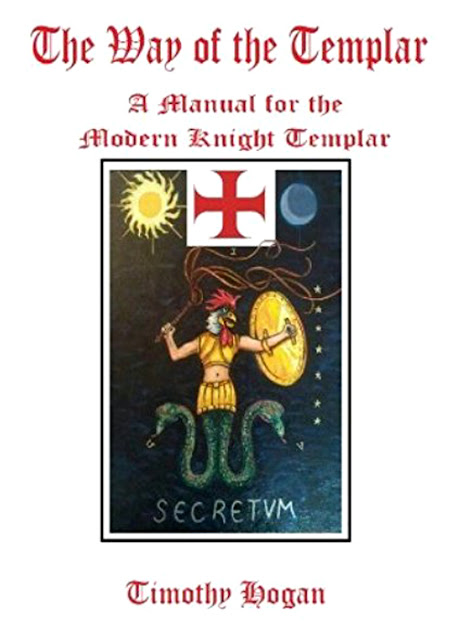 The Way of the Templar
A Manual for the Modern Knight Templar
by Timothy Hogan
Self Published, 2015
Notes by Travis Simpkins

The Way of the Templar: A Manual for the Modern Knight Templar by Timothy Hogan doesn't just adhere to the standard format of a history book, but rather expands on lesser-known historical traditions regarding the Templars and presents their philosophical ideals in an open-minded way. Brother Hogan is well-versed in esoteric and Templar thought, and his knowledge illuminates the book's pages. Of particular use and interest is the last section, titled "Templar Ideas to Remember." The 108-page text really should be experienced first hand, so I won't elaborate too much on the content here. However, below are a few brief quotes from this unique and well-written text:

- The heart of a true Templar is found in one who desires with all of their being to protect the sacred- regardless of its source… the foundation of Templarism rests on a Gnosis or a direct and personal experiential knowledge of God and the divine.

- The Templar is first concerned with finding the Holy area within, and then bringing this into the world around them.

- The Templar of today has the same mission as the Templar from 900 years ago, in that as Templars we are to seek out, preserve, protect, and integrate the sacred teachings from the Primordial Tradition, wherever they may manifest.