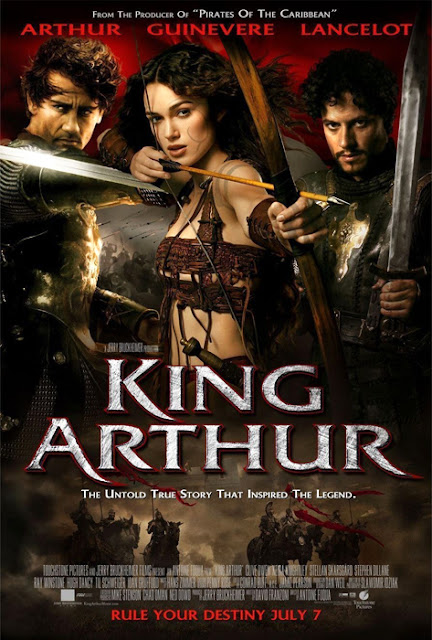 Directed by Antoine Fuqua, and produced by Jerry Bruckheimer, King Arthur (2004) adds a big-budget cinematic twist to the historical and often-romanticized Arthurian Legend. The epic story portrays Arthur as a Roman soldier in Britain during the Dark Ages, following orders against his better judgment and leading his knights into battle against the barbarian Saxons. King Arthur, Merlin, Lancelot and Guinevere are all accounted for in the plot… attempting to put a real-life spin on the mythicized Camelot and the Knights of the Roundtable. The battle scenes (including a great scene on the cracking ice of a frozen lake) are well choreographed and the costumes provide a believable period feel. Clive Owen is good in the lead role as Artorius Castus (Arthur). Keira Knightley is beautiful as the pagan Guinevere. The rest of the cast does an admirable job as well, including Ioan Gruffudd, Stephen Dillane, Stellan Skarsgard, Ray Winstone, Hugh Dancy, Til Schweiger and Mads Mikkelsen.


Posted by Travis Simpkins at 4:00 AM