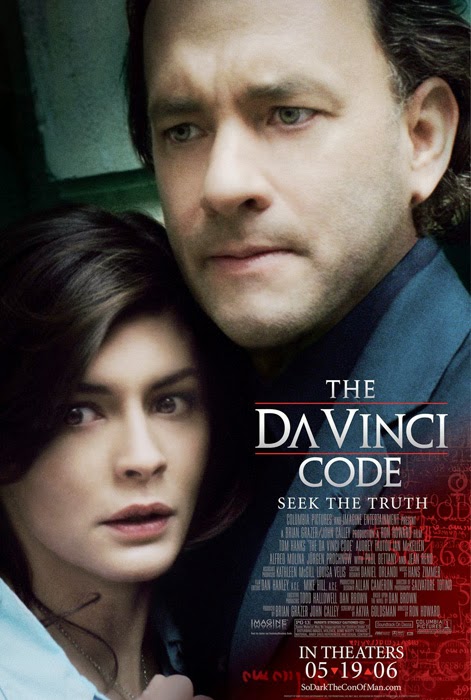 Directed by Ron Howard, based on the best-selling novel by Dan Brown, The Da Vinci Code (2006) was unavoidably met with controversy and protest. In the story, the murder of a curator at the Louvre triggers a quest that involves seeking the true Holy Grail and exposing the greatest cover-up in history: that Jesus Christ fathered a child with Mary Magdalene and his bloodline continues to the present day. Secret organizations the Priory of Sion and Opus Dei are featured prominently. Filmed at great cultural and historical landmarks throughout France and the United Kingdom, the cinematography is excellent. Sets include the Louvre, Westminster Abbey, Temple Church and Rosslyn Chapel.  As the title suggests, the works of Leonardo da Vinci are highlighted. Symbolism, riddles, Art, puzzles and mystery make for a thrilling two and a half hours. The actors all do a fine job, including Tom Hanks as Robert Langdon, Audrey Tautou as Sophie Neveu, Ian McKellen, Paul Bettany and Alfred Molina.


Posted by Travis Simpkins at 6:00 AM